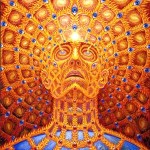 Tonight I attended a panel discussion at the New York Academy of Sciences titled “The Thinking Ape: The Enigma of Human Consciousness.” The panel was presented by the NYAS, The Nour Foundation, and To the Best of Our Knowledge, a nationally-syndicated program on Wisconsin Public Radio.

The dream team: David Chalmers, the well-known philosopher of mind; Daniel Kahneman, the well-known cognitive psychologist and Nobel Laureate; Laurie Santos, a bright young psychologist at Yale who studies primate cognition; Nicholas Schiff, a neurologist who studies disorders of consciousness; and the moderator, Steve Paulson, the host of To the Best of Our Knowledge.

I jotted down a few notes. Here they are, with comments. (Everything is paraphrased, unless in quotes.)

Santos: Fifty years ago there would have been behaviorists up here saying the human mind is a black box and impossible to understand. Now we understand the mind much better. Maybe in another 50 years a new tool will help us understand consciousness and we’ll view today’s pessimism as foolish.

Kahneman: I’m in the minority in that I’ve never been very interested in explaining consciousness. It’s hard to be interested in a question if you don’t even know the structure of a possible answer.

Kahneman: We’ll have robots that appear conscious before we can explain consciousness.
Chalmers: I’ll be convinced a computer is conscious when it says it’s having trouble explaining why it has subjective states.
Kahneman: I don’t think being a philosopher is an indicator of consciousness. [Ha ha. He was teasing (I think), but it’s a valid point. Aside from the obvious fact that a computer can easily be programmed to automatically spit out “Why am I conscious?,” an unconscious entity can raise genuine questions about internal anomalies that give rise to such outputs as “Why am I conscious?”]

Kahneman: Emotions are important in attributions of consciousness. [I’m not sure if by emotions he meant the recognition of emotions in the subject, or the observer’s emotional response to the subject’s behavior. Either way, I agree. An intelligent but cold AI would not necessarily be seen as conscious, and targets such as babies that trigger empathy trigger anthropomorphism.]

Schiff: Right now there’s a lot of work on minimally conscious states. Certain reactions, such as tracking movement with the eyes, don’t necessarily imply consciousness, but we can infer that they might, given that they correlate with later recovery.

Santos: In work on animal cognition, people are starting to think that it’s not just cognitive abilities such as language that separate humans from other animals, but it’s our motivation to communicate. [See, for instance, this chapter by the anthropologist Michael Tomasello: PDF.] [Santos also made the funny remark that if a bird could carry on a conversation, she doubts it would have anything interesting to say—meaning that it’s more than just language that sets us apart. My thought was that sustaining human-level language capabilities would probably require a great deal of brain complexity, and thus general intelligence, so the bird probably would be worth chatting up after all. But there are debates about the modularity of cognition.]

Chalmers: I’m sympathetic to panpsychism—the perspective that consciousness, or “proto-consciousness,” is an irreducible part of the universe, like matter, and that it is present not just in the brain but everywhere. [I recommend the science writer Jim Holt’s essay “Mind of a Rock.”]

Schiff: The hypothesis that science cannot explain consciousness is a reasonable one, but not an interesting one. It doesn’t give us anything to do. I prefer to bracket it off and carry on like it’s false.

Kahneman: Regarding things that can be conscious, “I see no reason it has to be made of meat.” [I.e., why it must be a brain. Here they discuss whether consciousness is best explained in terms of information processing rather than physical processes. I think the approach with the most promise in this realm is Giulio Tononi’s Integrated Information Theory. But information theories can’t explain why consciousness emerges from unconscious matter to begin with—what Chalmers has called “the hard problem of consciousness.”]
Chalmers: Danny, if one by one we replaced your neurons with functional equivalents made of silicon, would you be conscious? [I’m reticent to use of thought experiments in which human consciousness is run on machinery other than the human brain, because I think such propositions miss something. I don’t believe two identical states of consciousness in principle require two identical physical substrates, but I suspect that they do in fact. A computer simulating all of the functionality of a single neuron, in order to approach its efficiency, would have to become smaller and smaller and more and more like a neuron until it, in fact, becomes a neuron. The same might go for reproducing the functionality of the brain as a whole.]

Audience member: What are your definitions of consciousness?
Chalmers: The best we can do is to say, as Thomas Nagel does, that it is something it is like to be. We can talk about what it is like to be me, or a bat, but not this water bottle.
Santos: If the philosopher can’t define it, I’m not going to try.
Kahneman: We can’t define consciousness, only our intuitions about it.

Audience member: What’s the purpose of defining consciousness?
Schiff: One practical use is in treating brain-damaged patients. When do we give up on them? The science of who is and who is not conscious is becoming more uncertain, making such decisions harder.

Kahneman: The best response to paradoxes is to simply walk away. [Don’t recall what this was in response to, but solid advice.]

Audience member: We’ve been hearing a lot about scientists. Which writers have offered the most insight into consciousness?
Chalmers: “Proust is a master phenomenologist.”
Schiff: In Helen Keller’s book Teacher, she said she did not have a self before she learned language; she was a “phantom.”
Paulson: William James is my hero.
[A couple panelists mention Oliver Sacks.]

Audience member: What is the purpose of consciousness?
Chalmers: {Still paraphrasing:] No one knows. We might as well be zombies. 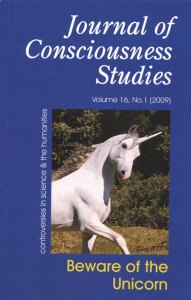 UPDATE: Video of the event is now online.

15 thoughts on “Why Aren’t We Zombies? (The Science of Consciousness)”