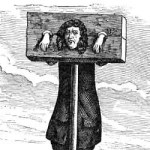 The Puritans often serve as a punch line—the kind of people who would outlaw dancing—but their history is complex, and as Americans we may carry their candle to a larger degree than you think. In Sunday’s New York Times I wrote about their influence on our modern culture and morality, but there’s more to the story than could fit in the final article:

The Puritans may not have been as prudish as conceived—they considered sex a gift from God—but they did consider sex outside of marriage an abuse of that gift.

Protestant teachings have such a hold on our culture in part because so many Americans are so outwardly religious; it shapes how the rest of us think. Typically countries become more secular as they develop economically. We haven’t. According to the World Values Survey, when asked in 2006 how important God is in their lives, 58 percent of Americans answered 10 out of 10. By comparison, 38 percent of Canadians and 23 percent of British gave that response.

Francis Bremer, a historian with expertise in Puritanism, says that our separation of church and state—implemented by the Puritans who fled the Church of England—ironically strengthens the influence of religion in the United States. “The Constitution basically thrusts religion into a competition,” he told me. Without state funds, congregations have to proselytize, “and this actually makes religion more vital in America than is it in some other countries.”

The famous “Protestant work ethic” led the German sociologist Max Weber to thank Protestantism for the rise of capitalism—a system, one might note, currently dominated by the United States of Guess Where. (The sociologist Richard Swedberg told me, “Weber’s thesis is very suggestive, and the final verdict is still not in.”) 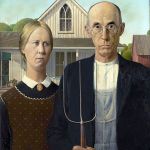 The Protestant work ethic may also explain the appeal of the self-made man. “In America the ideal is the guy who came from nothing,” says Eric Luis Uhlmann, the researcher whose work formed the backbone of the article. “But in a lot of other parts of the world the new rich are actually seen as inferior. Meaning that it’s not just about having money, it’s about having this aristocratic pedigree.” Here, being a Hilton might get you a reality TV show but it doesn’t guarantee you respect.

According to several studies, we are the most individualistic people in the world; this may be a remnant of the Protestant rejection of church hierarchy and emphasis on a personal relationship with God.

We’re also highly meritocratic, a possible reflection of the Protestant work ethic. Compared to other countries, the U.S. has consistently been late to introduce public welfare programs such as nationalized health care. We choose equality of opportunity over equality of outcome—even though opportunities aren’t always equal.

The participatory element of Puritan congregationalism has led to a more participatory government, Francis Bremer says, with ordinary people making decisions in both church meetings and town meetings, as well as in elections. (A high number of our officials are elected.) This participation also means that our culture is dominated by middle-class values to a larger degree than other nations.

Some scholars have seen a moral absolutism in American affairs—suggested by our huge prison population and our denigration of other nations as “evil”—and laid it at the feet of Puritanism.

But the Puritans can’t be blamed for everything. We might also see the fingerprints of the Victorians on our prudishness and social Darwinists on our meritocracy.

In any case, as the Frenchman Alexis de Tocqueville wrote in the 1830’s after coming to the U.S., “I think I can see the whole destiny of America contained in the first Puritan who landed on those shores.” And he might say the same thing if he were to revisit these shores. Unless he landed in Jersey.

One thought on “Our Inner Puritans”