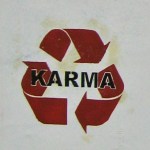 In general, what goes around comes around. If you’re nice to people, good things come your way, but if you’re a jag-off, look out. (Or as I like to say, “Don’t put shit on a boomerang.”) These expectations make sense in social situations, where people can retaliate or return favors, and where reputation matters. But, as I explain in chapter 7 of my book, we expect the universe to play by the same rules—to manifest karma. And new research indicates that when we want something from the universe, we’ll invest in karma by doing a good deed.

People learn from an early age that good deeds are rewarded and bad deeds are punished. If you help your mom you get a hug and if you steal a cookie you go to your room. This is objective pattern recognition. And we’re also motivated to believe in comeuppance. Good things happening to bad people, or vice versa, makes us very sad. We want to believe that hard work and kindness pay off, that the world is not random. And so, as “just world theory” predicts, we maintain our belief in a fair and just world through various defense mechanisms. If something bad happens to someone, we might blame the victim, for example, or expect something good to happen to balance it out. Shaping perceptions in this way—drawing connections between bad outcomes and previous bad deeds (the blame-the-victim effect), or good outcomes and good deeds—further fortifies our association between good behavior and good outcomes. We then apparently overgeneralize this association and treat moral balance as a fundamental principle of the universe. We implicitly believe in karma.

In their first experiment, half the subjects wrote an essay about an ongoing personal situation in which they really wanted a particular outcome. (They wrote about pregnancy attempts or grad school admissions or legal disputes.) The other half described a daily routine. After being paid and told the study was over, subjects were asked if they would perform an additional mundane task to earn money for the Chicago Food Depository. Of the “routine” subjects, 78% volunteered, but of those who thought about wanting something, 94% volunteered, a significant difference. Wanting increased giving. (In another version of this experiment, the “wanting” manipulation did not increase later participation in a task that would earn money for the subjects themselves. They felt the need to do good for others.)

In the next experiment, some subjects wrote about a desired outcome that was uncertain and out of their control, as in the first study. Others wrote about a personal dilemma that was uncertain but within their control, such as whether to take a job or stay in school. The first group placed more money in a charity box before leaving the lab. And they believed their donation was anonymous, even to the experimenters. So you’re good to the universe when your fate is in its control.

In another experiment, attendees at a community job fair were asked to rate how much control job-seekers have over various elements of the search. As payment, they would be entered into a lottery for $100. Half the participants rated items mostly within their control such as “learning a lot about the industry,” and half rated items mostly outside their control such as “whether new jobs will open up.” Once finished, another form asked how much of the $100 they would like to give to charity if they win. Those who were primed to think their job search was in their control offered an average of about $20. But those induced to see the job hunt as in the hands of the universe offered about $30. Hey Universe: I scratch your back and you scratch mine, ’kay? 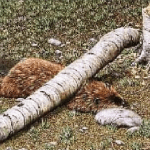 The final experiment looked at whether such donations affect our future expectations. As in the previous experiment, attendees at a job fair filled out one of the two surveys (priming internal control or external control) for a chance at a $100 prize. Then they were offered the chance to complete an additional one-minute survey that would add $50 to their prize. Half the participants were told the $50 would go to them and half were told it would go to a charity of their choosing. Finally they rated their optimism about finding a job. The subjects primed to see the job search as out of their control but who completed the additional survey for charity felt the most optimistic—even more optimistic than those primed to see the job search as in their hands. There’s no substitute for karma.

Just to make sure it was this supernatural concept of karma the researchers were triggering, they performed a follow-up experiment. They found that, after subjects wrote an essay about a desired outcome, the words karma, fate, and luck were more likely to come to mind.

The results of these experiments demonstrate one occasional social benefit of magical thinking. An implicit belief in karma keeps us on good behavior—even when no one is looking. The universe is always looking, and it never forgets a debt.

4 thoughts on “The Karmic Connection: We Expect Good Fortune After Helping Others”