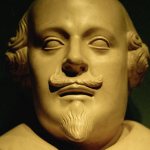 A short piece by Tad Friend in the January 9 New Yorker demonstrates no fewer than three forms of magical thinking in one column of text.

Fingering an old book, Logan says, “Touching a leaf from a folio, or owning a quarto of ‘Hamlet,’ as I do, gives you a connection to the protean moment: you’re almost there at the creation.” This is an example of essentialism, as I describe in chapter 1. These old documents contain authenticity, or what Philip K. Dick calls historicity. They seem to have absorbed some essence of their previous owners or the events surrounding them. (The prime example I explore in my book is the piano John Lennon composed “Imagine” on, which people find healing to touch.) One question I raise is whether historicity derives from how we think about biological contagion—something invisible is being passed along–or whether it derives from our instinct for social networking—communion with a historic artifact signifies privileged access. It could be both.

Logan goes on to say, “With an adaptation, I always feel something—someone—on my shoulder. I have a bust of Shakespeare in my office, and when I wrote ‘Coriolanus’ I put a blindfold, a red hiking bandana, over his eyes.” Here he demonstrates a mixture of two types of magical thinking: dualism (chapter 5) and anthropomorphism (chapter 6).

Dualism leads us to believe we have souls that live on after brain death. Further, we maintain mental representations of other people after they leave the room and even after they die, so we continue to infer what they might be thinking about a given situation. In The Year of Magical Thinking, Joan Didion describes how her permanent mental file for her departed husband leads her to keep his shoes in case he needs them again. Here, Logan worries that Shakespeare, whose mind he has no doubt constructed a mental simulation of, will disapprove of an adaptation.

And he uses Shakespeare’s bust as an avatar for his own mental model of Shakespeare, believing the inanimate object to have consciousness. That’s anthropomorphism. It doesn’t take much to trigger our face-identification system, or to trigger out attribution of person-like characteristics to faces. (Studies show that people are better-behaved around mere iconic images of eyes, as if they’re being watched.)

These elements of magical thinking, I argue, either are or result from features of our minds that have evolved to enable survival. The technical term for such a feature: an adaptation.

One thought on “Spooked by Shakespeare”