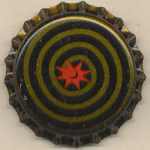 I’ve been drinking Magic Hat beer more lately, in preparation for my book release. The undersides of the bottle caps have fortune-cookie-type sayings on them; sometimes they’re jokes, sometimes they’re bits of wisdom, and sometimes they’re like little horoscopes. I’m holding one I saved: “The Planet Has Needs For Your Deeds.” I thought, That’s so true!, which is the right attitude to have when you’re prepping to publicize your first book. But perhaps not everyone would have read as much into the lid…

Around the world, everyone looks up at the same stars, trying to divine occult truths. But the kind of information they’re looking for depends on their personality and on their culture, according to new research.

Magical thinking often results from a need for control. We feel better about ourselves and our place in the cosmos when we can influence the affairs around us. And so when people feel anxious or uncertain they’re more likely to see illusory patterns (conspiracy theories, faces in the clouds, etc.), because when you spot a pattern you have something to act on. That’s what makes horoscopes so appealing. They give us a sense of what to prepare for, and often lend apparent insight into our daily lives.

But not everyone desires the same type of control. Westerners prefer what’s called primary control, the ability to make your surroundings adapt to you. Easterners prefer secondary control, the ability to adapt to your surroundings. (Of course there’s variation within every culture.) Therefore in the new studies, now in press in the journal Social Psychological and Personality Science, the researchers proposed that Americans are more interested in learning about themselves, because self-knowledge allows you to best implement your abilities, whereas Chinese prefer information about others, which allows them to adjust and fit in.

Cynthia Wang, Jennifer Whitson, and Tanya Menon made subjects in the United States and Singapore feel a lack of control. Then they showed them a horoscope purportedly personalized for the subject or for a friend of the subject. Feeling the need to regain control increased Americans’ belief in the personal horoscopes—they saw correlations between the description of their personality and their actual personality—but it didn’t increase their belief in their friends’ horoscopes. Meanwhile feeling a need for control had the reverse effect on the Chinese. Americans sought self-knowledge and Chinese sought insight into their friends.

Anyway, this stuff about primary and secondary control is really just a roundabout way of saying that “The Planet Has Needs For Your Deeds” is not something you’d find on a bottle of Tsingtao.

5 thoughts on “Horoscopes in the East vs. West”