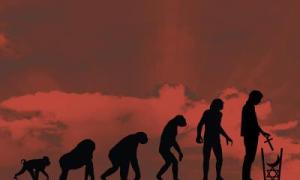 Last night I attended an Intelligence Squared debate on the proposition “The more we evolve, the less we need God.” Debating for the motion were Michael Shermer, the founder of The Skeptics Society, and Heather Berlin, a cognitive neuroscientist. Against the motion were Deepak Chopra, the new age author, and Anoop Kumar, an emergency physician. I’ve been to several IQ2 debates—on theology, genetic engineering, assisted suicide, and Walmart—and they always prompt deeper thinking on an issue. But this one was a gross mismatch. The two sides began with different definitions of God, and they were unable or unwilling to find even a common vocabulary for discussing the proposition. The advertised debate never took place.

I got an inkling of what we were in for when Chopra, asked to introduce his debate partner, said, “I am still trying to figure out who I am, so I don’t know who he is,” and when his partner, asked what he’d learned from medicine, said, “I take away that what we call life really doesn’t have an opposite.” (If you think the notion that life has no opposite is deep, answer me this: What is the opposite of a spoon?)

Berlin started out strong. Shee noted that cultural evolution has shrunken the “God of the Gaps,” a set of magical explanations for gaps in our knowledge. “We’ve gone from believing that diseases were curses caused by evil spirits and bad karma to an understanding of the deep mechanisms of disease at the cellular and molecular level.” She also noted that traditionally religion has encouraged cooperation, “but our modern societies now provide laws and social safety nets to help us when we fall, and to disincentivize bad behavior.”

Chopra quickly pulled the rug out from under the debate: “When we speak of God, we are not talking about an imagined deity. We’re talking about the consciousness in which all experience occurs.” He then talked for several minutes about consciousness.

Shermer ignored the distraction and continued with the debate about belief in God as a divine agent. “The abolition of slavery, and torture, the death penalty, the increase in civil liberties and civil rights … has primarily been the result of science, and reason, and these Enlightenment values like natural rights, not the function of religion or belief in God.” Religion doesn’t offer the same mechanism for progress: “There’s no methodology in religion comparable to science, in which we say … ‘Let’s run an experiment and see which [rule of how we should live together] is the best.’” Finally, a statistical correlation: “In 20 different leading democracies in the Western world … the more people believe in God in a nation, the worse they score on [several] indices of societal health.”

Kumar continued where Chopra left off, more clearly articulating philosophical idealism (without using the term). He quoted the physicist Max Planck: “I regard consciousness as fundamental. I regard matter as derivative from consciousness.” He said “the universe is entirely mental.” Tapping on the lectern, he said, “Whatever this is made of, it’s the same stuff that a dream is made of—namely, consciousness.” And he equated consciousness with God.

I won’t give a play-by-play of the rest of the event. The two sides never found common ground on which to debate. Shermer and Berlin argued that consciousness is a product of the brain, while Chopra and Kumar argued that the brain (and everything else) is a product of consciousness. It became a dorm-room discussion of idealism. If sentient life disappears, does the moon cease to exist?

At one point, the moderator, John Donvan, tried to reign in the discussion by asking Chopra and Kumar: “One of their arguments was that secularization of thought and process has actually led to better human behavior over the course of time.” Chopra: “The necessity for God is the fact that we can’t do anything without experience. And all the experience is in the mind, and the mind is an activity in consciousness. What we call matter is the interpretation of an experience of consciousness. Matter is a concept.” Donvan: “I’m sorry to interrupt—you’ve said that a bunch of times already. And I want you to address the question.” Finally, Kumar fleetingly entertained the notion of God as a named entity acting in the world. “Any overthrowing of that version of what God is is good. I think that’s beneficial for society, and I would agree with you there. But… that’s not what we’re talking about.” At which point I exclaimed to the person next to me, “Yes it is!” Well, apparently not Chopra and Kumar, but the moderator, the opposing side, and likely most of the audience. Even the image on the program (above) clearly depicts three monotheistic religions. In any event, it looks like there was not a debate to be had anyway, as Kumar (and perhaps Chopra) sided with the opponents when on the opponents’ turf.

Donvan invited audience questions. I raised my hand. “I hope this question for the opposition will cut through the metaphysical impasse,” I said. “You’re defining God as consciousness, and ultimately, all of reality. It’s kind of hard to argue against consciousness and reality. So, let’s go with that, and say: Within that consciousness, there’s a component or a concept of God as the sort of deity in Christianity, or Islam, or Judaism—what most people think of as God, probably. Do you think we need less of that?”

To which Chopra, as I interpret him, said that such gods act as inspiration. Thus, 85 minutes into the event he, too, managed to fleetingly discuss the notion of God used by the other participants. He did not, however, answer the question of whether we need less of it. (His full response: “Well, if you look at our longings and aspirations for truth, for love, for compassion, for joy, for equanimity, for transcendence, then all these deities are symbolic manifestations of that aspiration in human consciousness. So, they have a role. You know, when I think of a higher being as an idol—Krishna, or Shiva, or Maheswara. or whatever—actually, that’s a symbolic representation of a longing for the inseparability of existence where there is no separation, and automatically, there’s the emergence of platonic values such as love.”)

In their closing statements, Berlin argued that atheists find purpose without God, Chopra said that “presence is awareness,” Shermer said there are better tools in life than superstition, and Kumar concluded that “the more we evolve, the more we need to understand the infinite.”

It was a frustrating experience, for me and for everyone I spoke with. I asked Shermer afterward, “Would the debate have been more interesting if—” “Yes.” I can’t say that Chopra and Kumar’s definition of God was incorrect. But I can say that they likely knew the concept of God that others expected the debate to be about, and they refused to debate whether society needed less of that concept. I can believe God is a cucumber and still debate the value of Christianity. They were poor sports. Shermer actually selected Chopra as his opponent. Having fruitlessly debated Chopra before, he should have known better. (Theoretically, Shermer and Berlin could have relented and discussed whether we need less God as Chopra and Kumar conceptualize it, but no one came to hear a debate about whether we need less existence.)

The IQ2 debate was practically a parody of new age tautology. It reminded me of a 2015 paper in Judgement and Decision Making, “On the Reception and Detection of Pseudo-Profound Bullshit.” The authors asked people to rate the profoundness of tweets written by Chopra and tweets generated by mixing up words from Chopra tweets. (Guess which is fake: “Attention and intention are the mechanics of manifestation.” “Perceptual reality transcends subtle truth.”) Americans rated genuine Chopra (like the first tweet) only slightly more profound than Chopra goulash. Ratings of the two were highly correlated with each other, with greater paranormal belief, and with lower cognitive ability. Donvan noted that Chopra has written 85 books. I think I know how. He uses the Random Deepak Chopra Quote Generator.

For those interested in our decreasing need for God as we culturally evolve, I recommend the book Big Gods, by the psychologist Ara Norenzayan. He argues that religion originally helped bind people well enough for us to invent the civic institutions that now bind us. “You don’t have to lean on religion anymore to decide whom to trust,” he told me. In one study, he and Azim Shariff found that priming people with words such as “spirit” and “divine” increased anonymous generosity, but so did priming them with words like “police” and “contract.”

I think that, while belief in God has its uses—it can offer meaning and increase cooperation where other tools and institutions fail—it has become increasingly vestigial. We need less.

25 thoughts on “Do Not Debate Deepak Chopra”